THE FOREST OF LOST SOULS!
NEWS AND REVIEWS

Last Exit Entertainment are proud to announce that we have acquired the Swedish rights to José Pedro Lopes debut feature film A Floresta das Almas Perdidas (The Forest of Lost Souls). 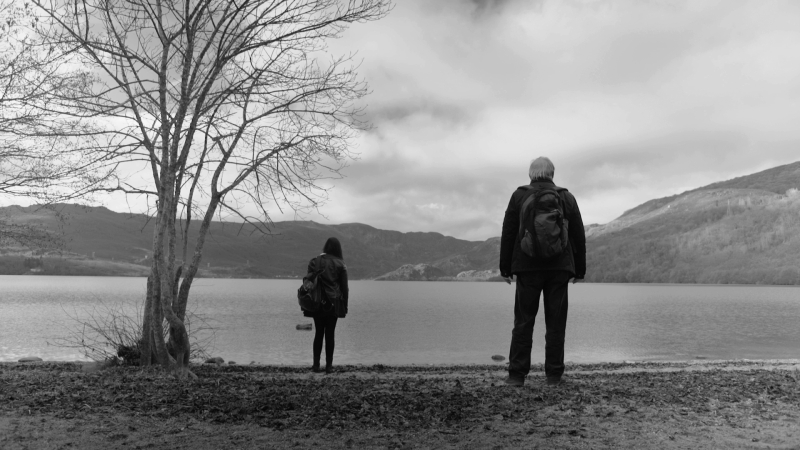 "The Forest of the Lost Souls is a dense and remote forest, but also Portugal's most popular place for suicide. One summer morning, two strangers meet within the woods.

Ricardo (Jorge Mota), a sad old man who gave up on life after his daughter, Irene (Lilia Lopes), took her life in the glacier lake that lies hidden deep in the forest, encounters Carolina (Daniela Love) an eccentric, unstable young girl who finds all things related to death to be fun. As Ricardo and Carolina meet it other puts them off their suicide path and they decide to go for a walk instead. During this walk into 'The Forest of the Lost Souls' they get to know each other and become friends: although one of them is not being honest, one of them is a dark and horrible person."

In the vein of slow burning art house horror, José Pedro Lopes skilfully blends brooding sentiments crawling under the skin of the audience whilst at the same time immersing with the stalking psychopathic serial killer of the slasher-genre without falling into conventional pitfalls. It’s also a movie that contains something of a dark coming of age story and a tale of finding peace with the hand life has given and that which others have taken. This is a dark and emotional journey, which boasts innovation, splendid acting and an unconventional approach to genre tropes deep at the dark heart of The Forest of Lost Souls.

A Floresta das Almas Perdidas is set for a DVD/VOD release in the last quarter of 2017. As all Last Exit releases, it will be filled with extras and bonus features to be revealed closer to the release. For more information or publicity images please contact us.